“Ides” comes from the earliest Roman calendar, which is said to have been devised by Romulus, the mythical founder of Rome. Whether it was Romulus or not, the inventor of this calendar had a penchant for complexity. The Roman calendar organized its months around three days, each of which served as a reference point for counting the other days:

Used in the first Roman calendar as well as in the Julian calendar (established by Julius Caesar in 45 B.C.E.) the confusing system of Kalends, Nones, and Ides continued to be used to varying degrees throughout the Middle Ages and into the Renaissance.

So, the Ides of March is just one of a dozen Ides that occur every month of the year, it was only Shakespeare’s words that give it meaning, made it a threat. Kalends, the word from which calendar is derived, is more threatening to our current existence. Kalendrium means account book in Latin: Kalend, the first of the month, was in Roman times as it is now, the date on which bills are due. 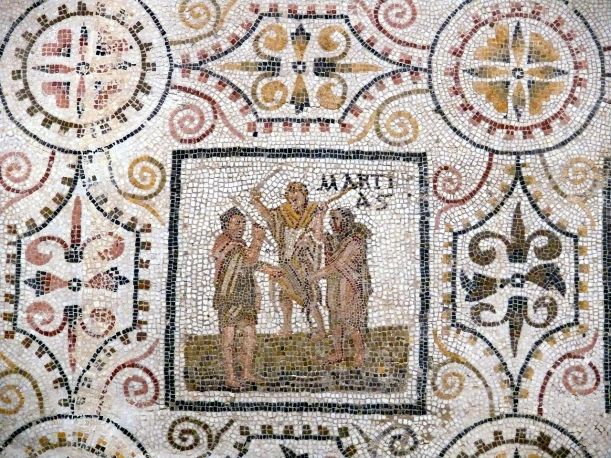 Cinnamon coffee cake. Looks lovely but alas, like my last attempt, the texture is...weird. Tastes fine, but as someone who previously made excellent cakes I'm again disappointed in my output.
My sweet little Hoya Carnosa also isn't so little anymore and needed a little structure to climb. #jjsplants
My Hoya Obovata had a good year but was getting kind of out of control. Before/after: got a big new pot and a bit of trellis, plus an eager little hippo friend. #jjsplants