I just spent two hours running errands.  I’m half tempted to write an insane, long rant about people’s inability to drive on the freeway in Nashville.  I will instead, try to remain smiling and forget the whole episode.

While I was out I got a bias tape maker in a wider size.  I will now work very hard to get everything else I need to do done before I spend the rest of the day making bias tape.  I don’t even need bias tape immediately for anything, I just suddenly want to make lots of it in patterns and bright colors.

This weekend I did a little refashioning.  Turning an oddly sized long-sleeved blouse into a much cuter, better fitted short-sleeved blouse.  I forgot to take a before picture, but this gives you the general idea of what I removed: 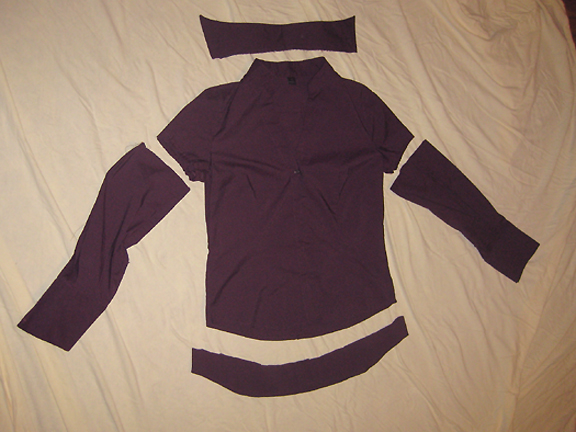 I also made a sewing set on my Flickr, which has a few more details on this and some past projects as well.